Art News: Elizabeth Peyton, Amy Sillman, and Other Artists Have Designed Motivational Posters for Healthcare Workers on the Front Lines 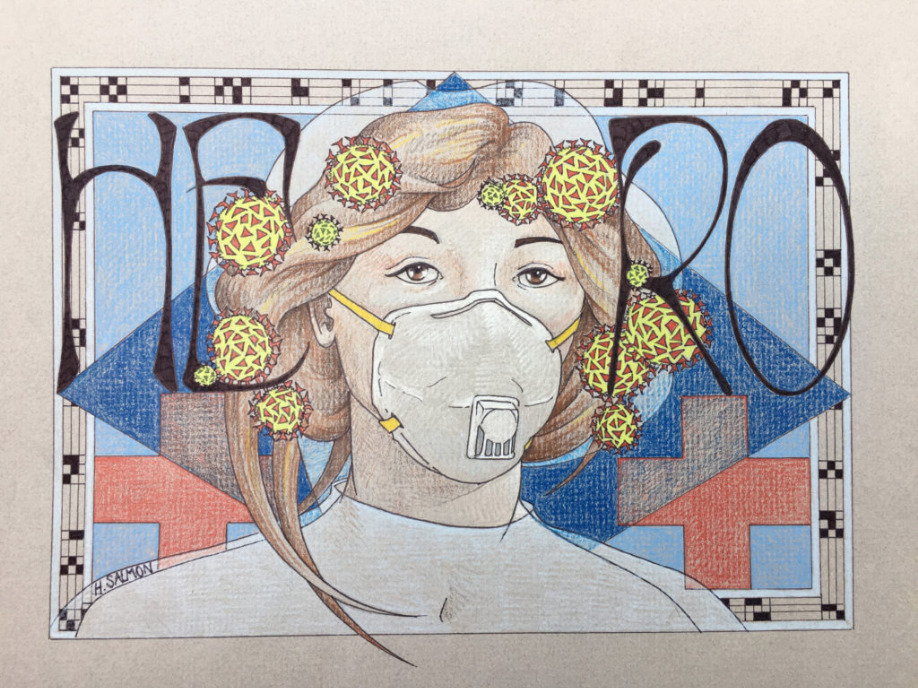 With more than 84,000 documented cases of COVID-19, New York has the most known infections of any US state by a large margin.

In a gesture of solidarity with the city’s overworked and undersupplied healthcare workers—the soldiers in this battle—a group of more than 85 artists have teamed up to make posters of gratitude and encouragement to appear in Intensive Care Units in New York hospitals.

The project was started by Elizabeth Jaeger, a Brooklyn-based sculptor, and Cady Chaplin, a nurse at Manhattan’s Lenox Hill Hospital. Three weeks ago, the night before Chaplin was set to return to her job in the ICU after taking a vacation for her 30th birthday, she told Jaeger about entering such a frightening situation.

“We started texting about how it was all feeling, and Cady said, ‘If any artists are bored and want to make encouraging posters, I will hang them in our break room,’” Jaeger recalled last month in Vogue. “‘We can use all the help we can get, and I can make a guerrilla gallery of support from the community.’”

Jaeger loved the idea, so she sent out an email to her artist friends with a request for posters. The responses came flooding in. Chaplin and Jaeger then printed the posters and hung them up in the ICU break room.

“Nurses have been saying that it’s really nice to be able to take a moment and look at something beautiful,” Chaplin tells Artnet News. “Some have said that it’s calming and others have said that the colors really cheer them up. It’s nice to hear people talk about their favorite posters or just hear their excitement when I bring new work.”

Since then, the number of posters has grown dramatically, with artists like Amy Sillman, Camille Henrot, Elizabeth Peyton, and dozens of others contributing. They range from simple doodles to elaborate graphic designs, from watercolors and photographs to collages and illustrations. Most contain phrases of support or appreciation. “Thank you for literally saving the world,” reads one. “U have the power!!! We love you. Thank you,” reads another.

After seeing the enthusiastic response, Jaeger set up a public Google Drive with all the posters, making them freely available for download. Since then, other hospitals around the country have put them in their own facilities, she says.

“Personally, I’m most encouraged by the fact that even though this virus has been a time of intense isolation, people are thinking of us and are making it known,” adds Chaplin.