Art News: Picasso portrait of Marie-Thérèse to sell for $55m at Christie’s New York this May

Reprinted from The Art Newspaper

Pablo Picasso’s 1932 Femme assise près d'une fenêtre (Marie-Thérèse) (Woman Sitting Near a Window), a portrait of his teenage lover and "golden muse" from a critical point in his career, will be featured in Christie’s newly rebranded 20th Century Art Evening Sale in New York on 11 May, with an estimate of $55m.

“1932 was a make-or-break year for Picasso,” says Vanessa Fusco, the co-head of the 20th Century Sale. “He was 50-years-old. He was accomplished, famous… but what comes after critical success? Would this pioneer continue to innovate, or would he just rely on his past, on the reputation he’d built up?”

In the thick of a tumultuous marriage to Olga Khokhlova, Picasso met and began an affair with 17-year-old Marie-Thérèse Walter, who became the inspiration for some of his most sought after sculptures, drawings and canvases. But while many of the paintings from this period depict a nude woman lying supine, Femme assise près d'une fenêtre (Marie-Thérèse) shows a figure that is alert and present. “One of the most striking features of Femme assise près d'une fenêtre (Marie-Thérèse) is its monumental scale. At five feet tall, she lives on the canvas,” Fusco says, “there’s more psychology to her here than in other paintings. There’s a deep sensuality without being in any way degrading.”

Femme assise près d'une fenêtre last came to auction in February 2013, when it sold for £28.6m ($44.8m, including fees) at Sotheby’s London, to an anonymous collector who had agreed to an "irrevocable bid" before the sale, or a guaranteed minimum price. The buyer was the only person that appeared to be bidding on the work, over the phone, with Patti Wong, the chairman of Sotheby’s Asia. At its first appearance at auction, at Christie's New York again in 1997, it sold for $6.8m ($7.5m with buyer's fees) according to Artnet price database. The painting was also recently on public display in Picasso 1932, an exhibition devoted to the artist’s “year of wonders” at the Musee Picasso, Paris, and Tate Modern, London in 2017-2018.

The portrait will now anchor the auction house’s new 20th Century Art Evening Sale, which includes works from roughly the 1870s to the 1980s. Fusco says the new format was introduced out of an “organic need to redefine the way auctions were held and to respond to the way collectors are collecting.” Replacing the traditional Impressionist and Modern Art categorisation, it also allows for connections to be drawn between Moderns artists like Picasso and more contemporary ones, Fusco adds. 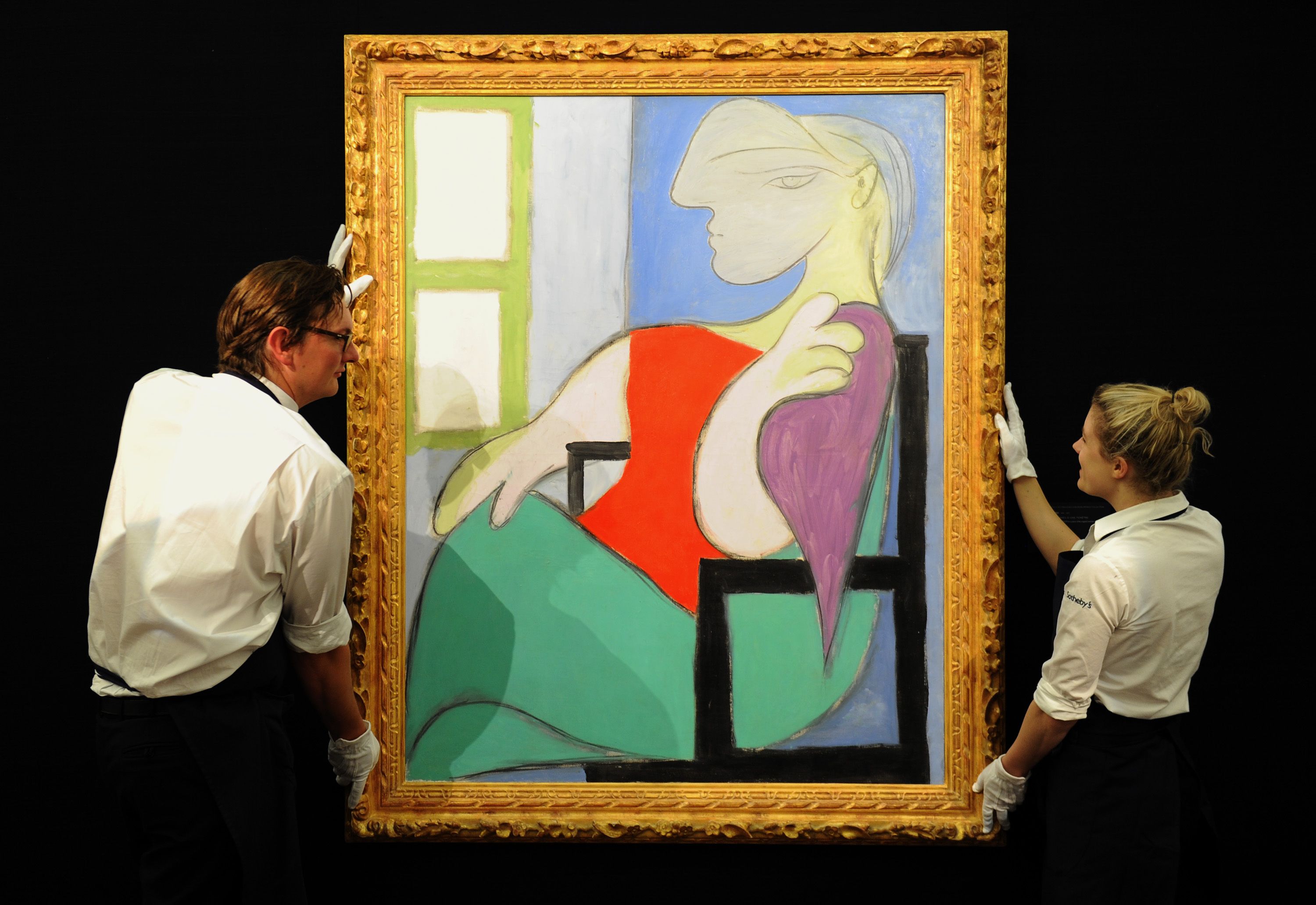