Art News: A Look Back at the Short-Lived Met Breuer: What Worked and What Didn’t 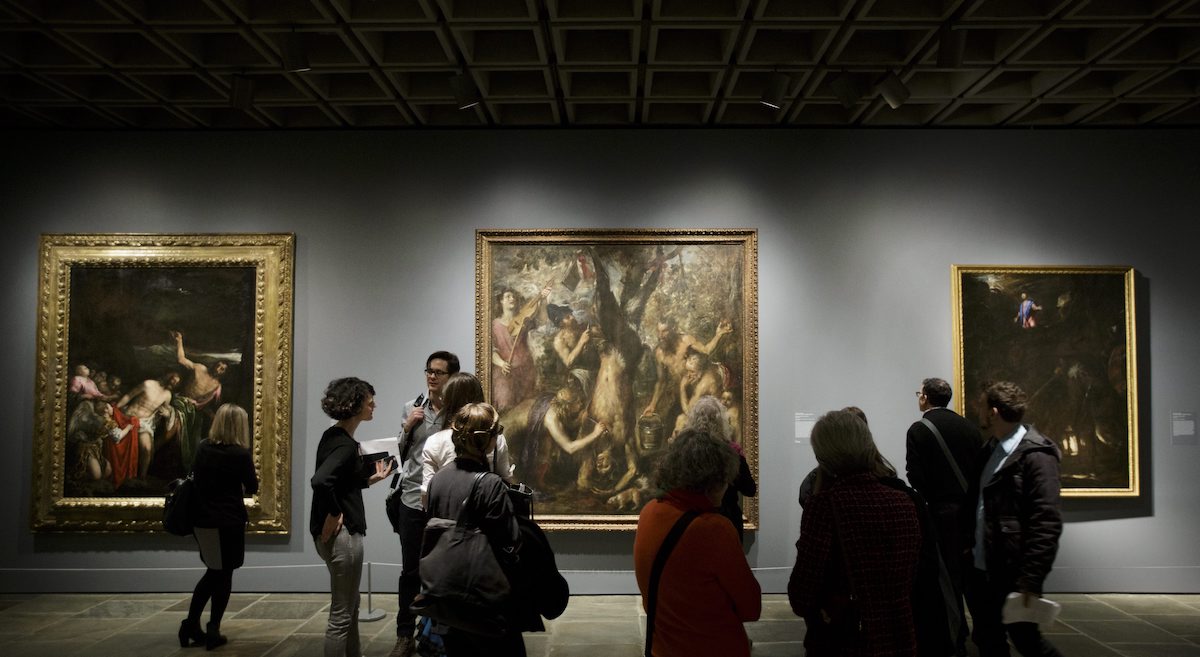 When the Met Breuer, the Metropolitan Museum of Art’s annex for modern and contemporary exhibitions, opened in 2016—on sublease from the Whitney Museum—it was inaugurated with “Unfinished: Thoughts Left Visible,” a show of artworks left in various states of incompletion (for reasons both intentional and not). Now, in a bitter twist of fate, the Met Breuer itself is going out in an unfinished fashion, shuttered by the coronavirus pandemic and, as of an official announcement last week, slated to change hands—via a pre-planned arrangement with the Frick Collection—without any sort of swan song. A starry Gerhard Richter show, on view to the public at the Met Breuer for just nine days after it opened in March, has been cut short, and the lights won’t go on again under the Met’s watch.

The Met Breuer was never meant to be permanent. In 2011, as the Whitney Museum—which had occupied the Breuer building since it was completed in 1966—prepared to move downtown to its current location in the Meatpacking District, the Met said it would sublease the Breuer until 2023. Three years later, the Met revealed plans to revamp its modern and contemporary art wing. That $600 million project has gone through various iterations amid a period of financial turmoil, and, as of September 2018, was to originally open later this year. The Met Breuer came to seem like a testing ground—a place where the museum could try out more out-there and more expansive modern presentations with a globalist bent that had previously not been seen in its hallowed Fifth Avenue location.

The Met’s run in the boxy, dark, extremely challenging Marcel Breuer–designed space was uneven. There were some bona fide hits. No one who attended the superb 2016–17 Kerry James Marshall retrospective (co-organized with the Museum of Contemporary Art Chicago and the Museum of Contemporary Art Los Angeles) could forget what stands as one of the best New York museum exhibitions in recent memory. And there were other elegant monographs too—such as a survey for Mrinalini Mukherjee, an Indian sculptor whose woven sculptures effortlessly charm the eye in ways that were largely unknown in the U.S. when the Met Breuer focused on her last year.

New York museums tend to give big solo shows only to artists who are already well-known. To its credit, the Met Breuer avoided that with a reach that was notably global. It’s unlikely that any other major New York museum would have afforded a whole floor to Indian artist Nasreen Mohamedi, whose stark, minimalist works on paper and photographs have rarely been seen in New York. Likewise, the institution’s knockout survey of Iranian-born artist Siah Armajani (co-organized with the Walker Art Center in Minneapolis) put a spotlight on a giant who still has not yet completely gotten his due.

The problem is that it never made much sense—certainly not to those unaware of the logistical particularities of the arrangement—as to why an exhibition should be at the Met Breuer as opposed to at the plain old Met. The exhibitions mentioned above—as well as notable others devoted to Lygia Pape and Marisa Merz—would have been as good and even more momentous if mounted within the walls of the Met itself. And without clear messaging on precisely what the Met Breuer was meant to be, the Met seemed to be awkwardly siloing certain shows and suggesting that they could be considered apart from everything else that the museum owns.

There were a few attempts to close that gap. Two of the Met Breuer’s biggest shows—“Unfinished” and “Like Life: Sculpture, Color, and the Body (1300–Now)”—were surveys that aimed to draw out artistic threads stretching across millennia. Both were odd—in “Like Life,” for example, you could find a 15th-century equestrian statue in the same gallery as a kitschy tchotchke sculpture by Jeff Koons. But neither did much to bring in new artists worthy of study, and both exhibited a regrettable strain of aesthetic conservatism that privileged form over politics and painting and sculpture over mediums that are currently undergoing mini-renaissances, such as video, photography, and performance.

It’s instructive to compare what else was on view at major modern art institutions in New York at the time. During the run of “Like Life,” the Whitney Museum put on a survey for Zoe Leonard, whose tender photographic installations ponder the passage of time; the Museum of Modern Art opened a knockout Adrian Piper retrospective that didn’t shy away from the artist’s work focused on racism and xenophobia; and the New Museum mounted its New Museum Triennial with an emphasis on post-colonial lines of thinking. Considered within the context of those three shows, “Like Life” sounded a dissonant note, signaling an institution that was only sort of with the times.

For decades, the Met’s programming has been associated with a kind of elegant classicism. The Breuer, it seemed, would allow the museum to strike a new balance between grandeur and something more outré. The Whitney had done that when it presented work in the Breuer building. At the last Whitney Biennial held in the building, in 2014, for example, Zoe Leonard transformed an aperture-like window in one gallery into a camera obscura. But the Met didn’t follow the Whitney’s lead in that respect—most exhibitions were dark and relatively traditional in their presentation. The museum’s $13 million renovation of the Breuer building, which mainly involved clearing out detritus from the space, was almost imperceptible—which may have been the point. The museum wanted to render the past present—but without doing anything too radical to look toward the future.

Since the opening of the Met Breuer, the Met has reoriented its modern and contemporary strategy with far better results. Under Max Hollein, who became director in 2018, the museum has begun placing a greater emphasis on new art that exists in dialogue with the Met’s main building and its vast holdings. Last year, Wangechi Mutu exhibited a series of beguiling sculptures set within the niches on the museum’s façade, and Rayyane Tabet exhibited a series of works focused on the plundering and dispersal of wall reliefs from Syria within the museum’s Ancient Near Eastern gallery. Within the Met’s enormous Great Hall, Kent Monkman, a Canadian First Nations artist of Cree and Irish ancestry, exhibited his paintings that play on the iconic 1851 Washington Crossing the Delaware, a famed image of the U.S.’s first President sailing across a river lined with ice floes—but are populated primarily by Indigenous characters.

It’s possible that the Monkman, Tabet, and Mutu presentations wouldn’t have existed without the Met Breuer—perhaps the Met needed to experiment in a space other than its longtime home in order to create contemporary offerings that are somewhat weirder, stronger, and overall more interesting. And signs that the Met will continue moving in that more experimental vein are evident. “I don’t want to see contemporary art confined to a couple of galleries,” Hollein told the New York Times last year. Even if the Met Breuer becomes just a footnote in the museum’s long history, it could still be key to how it moves forward.