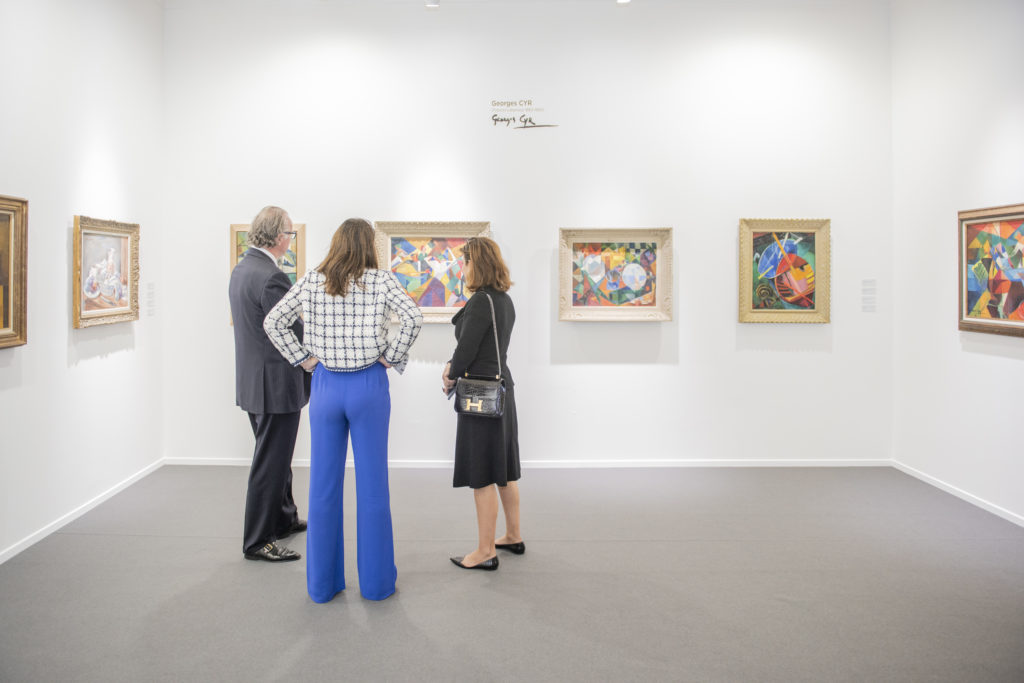 Art Industry News is a daily digest of the most consequential developments coming out of the art world and art market. Here’s what you need to know on this Wednesday, December 16.

Spanish Scholars Divided Over Murillo Painting – Painter Bartolomé Esteban Murillo’s canvas in a Seville Church is at the center of a debate in Spain. The work, which depicts the Immaculate Conception and dates to the 1640s, arrived at the church under “mysterious circumstances.” But is it really by Murillo’s hand? One skeptical scholar said the piece “lacks the characteristics that are present in youthful works by Murillo.” Another defended its attribution, saying it “is a work that no other Sevillian painter of that time [was] capable of doing.” (ARTnews)

New York City Awards $47 Million in Cultural Grants – The Department of Cultural Affairs in New York City announced its latest funding round yesterday, which includes disbursements to more than 1,000 nonprofits. Nearly $10 million of the haul is specifically dedicated to pandemic relief and arts education initiatives, including a $3 million increase for 621 organizations in low-income, hard-hit neighborhoods. Among the biggest single recipients: the Museum of Chinese in America, which suffered from a devastating fire earlier this year. (New York Times)

Will This Be the First IRL Art Fair of 2021? – Art Dubai wants to be the first major international fair to return to the calendar since the social-distancing era transformed business as we know it (though Shanghai’s art fairs in November may have already seized that title). Art Dubai, which was among the first fairs to be cancelled last year, plans to make a triumphant return from March 17 through 20, featuring 86 galleries from 36 countries. The fair will adapt its layout to allow for safe crowd management and require mask-wearing and temperature checks. (The Art Newspaper)

People Are Pretty Angry That London Closed Museums – “Utter madness that as from this Wednesday saunas & steam rooms can remain open but the National Gallery can’t,” Bernard Donoghue, the director of the UK’s Association of Leading Visitor Attractions, wrote on Twitter following the news that London would reenter “Tier 3” status. The protective measures will force the closure of theaters, museums, and galleries, but permit shops, gyms, and personal care services to remain open. (Evening Standard)

Christie’s Reports a 25 Percent Drop in Sales This Year – The auction house hit a new high in private sales, which it said totaled $1.2 billion. But Christie’s announced a 25 percent drop in annual sales overall—forecasting total revenue of between £3.4 billion and £3.5 billion ($4.6 billion and $4.7 billion). The company attributes the downturn to the lack of live auctions. (Art Market Monitor)

JD Malat Gallery Expands to St Moritz – While many galleries are popping up in Palm Beach, others are looking to bring art to alpine climes. JD Malat Gallery will operate a pop-up space in St Moritz from the end of December through March 2021. The gallery will present work by artists including Santiago Parra, Kojo Marfo, and Ed Moses, among others. (Press release)

German Auction Houses Had a Good Year – Despite the events of 2020, German auction houses posted strong totals for the year. Ketterer Kunst reported €60 million ($73.1 million), while Grisebach nearly matched its 2019 total with €39 million ($47.5 million) in sales. Van Ham in Cologne reported its best year yet, with a total haul of €40 million ($48.7 million). (Monopol, FAZ)

Peabody Essex Museum Director to Step Down – Brian P. Kennedy will leave his post at the end of December, less than two years after taking up the gig. No reason was given for his departure. In June, PEM announced a 15 percent staff reduction and an expected $6 million loss in revenue. The museum will convene a search committee to find a new director and CEO, with Robert M. Monk, Jr. serving in the interim. (Boston Globe)

MFA Boston Receives $2.5 Million Grant – The Museum of Fine Arts, Boston, will establish a curatorial position dedicated to Islamic art thanks to funding from Lilly Endowment, Inc. The $2.5 million grant was allocated through the organization’s Religion and Cultural Institutions Initiative, which will also provide grants to 17 other American museums. (Press release)

Could Chernobyl Become a UNESCO World Heritage Site? – The Ukrainian government is seeking UNESCO World Heritage status for the nuclear disaster site. Last year alone, a record 124,000 tourists visited the area. Authorities hope that UNESCO status would help them preserve decaying structures in and around the destination and cement its identity as a cautionary “place of memory.” (Hyperallergic)

Documenta 15 Unveils Its Visual Concept – The Indonesian collective ruangrupa has unveiled its visual concept for the 2022 show: brightly colored, interwoven hands that represent sharing, solidarity, and friendship. It now adorns their Ruruhaus, which will be one of the exhibition sites of its pre-program. (Press release)